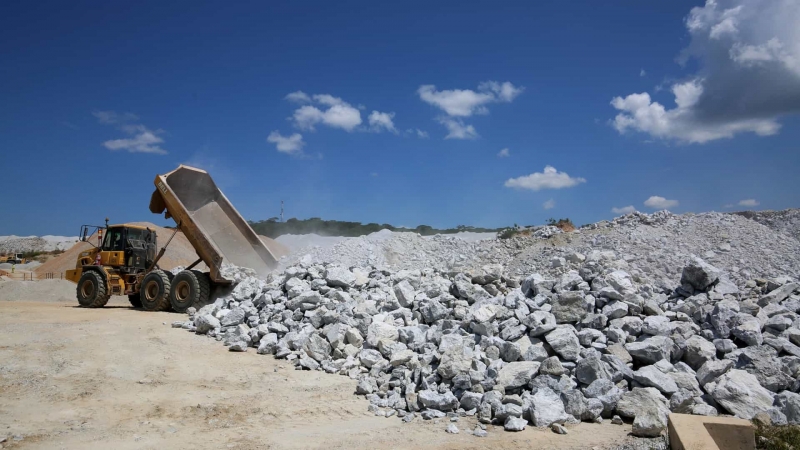 «The EIA has inaccuracies and, in the few situations where it mentions the environmental impact criteria, they are not technically supported,» said the mayor Fernando Queiroga.

Boticas town council has expressed its opposition to the Barroso lithium mine, in the context of public consultation on the Environmental Impact Study (EIA), because it has “inaccuracies”, the mayor told Lusa on Monday.

“The EIA has inaccuracies and, in the few situations where it mentions the environmental impact criteria, they are not technically supported,” said the mayor Fernando Queiroga.

He also said that those who drew up the EIA “did not carry out credible studies to assess the harmful effects of the possible operation of the mine.

The Portuguese Environment Association (APA) revealed today it had received around 170 contributions during the public consultation period of the Environmental Impact Study (EIA) of Barroso Mine, which was initially scheduled to last until 2 June, but was later extended for another 30 days until 16 July.

The Barroso Mine is located in an area of the parishes of Dornelas and Covas do Barroso, and the project is being promoted by the company Savannah Lithium, Lda, which foresees an open-pit exploration of lithium and other minerals. The planned concession area is 593 hectares.

The Boticas council submitted its challenge to the EIA opposing lithium exploration in Covas do Barroso after hiring a team of experts from the University of Aveiro for a technical analysis of the study, Fernando Queiroga added.

He pointed out the “negative effects for the population of the municipality” on issues such as visual impact and air quality.

On hydrological issues, Fernando Queiroga pointed out that the EIA says “at first that it will use rainwater to wash and store water without needing the existing resources in Covas do Barroso, but then, afterwards, it says that in the summer they will have to drill boreholes to draw water and use the flow of the Covas river”.

“As I had already said in the public sessions held by the APA, those who did this study were not in the field. In the summer the Covas River, like most of our rivers, greatly reduces its flow rate, which is necessary to maintain some species of the river. When it is reduced, the fauna and flora existing in the river disappear completely”, he warned.

He also criticised the EIA solution to solve the dust dumped by trucks.

“First they say they want to make truck drivers aware that they should drive within the speed limits, as if this were possible. Then, in the event that there is dust, they say someone will come behind with a hose watering it so that no dust is raised. This is only possible in a comic strip”, he said.

Fernando Queiroga also stressed that “as there are so many clamorous errors and inaccuracies” in the EIA, “it is completely unacceptable if it is not rejected” by the APA.

“I am very hopeful [that it will be rejected by the APA]. From my experience in previous situations, the technicians will analyse it impartially and come to the conclusion that the study is badly done,” he stressed.

Savannah has said that its priority is to develop a project for the Barroso Mine that would ensure that the impacts would be of “low incidence” or “even eliminated”.

According to the company, the investment “will result in significant long-term economic, social and demographic benefits, such as the investment of about 110 million for development and construction of local infrastructure, and the creation of 215 direct jobs and between 500 and 600 indirect jobs.

The project’s main focus is the production of spodumena concentrate, for subsequent lithium processing, having as by-products the feldspar and quartz to feed the ceramic and glass industry, and foresees the installation of an industrial washing plant.